Tonight, I think of my Muse.

When I first saw her in the gallery, I was startled; she was so…throat-catchingly beautiful. I had seen photographs, but nothing had prepared me for the sight. It was like being struck. I was walking and I had to stop. I felt a tear slip down my cheek. She was me and yet not me. She was the me I wanted to be – serene, graceful, and entirely still…poised for the next moment.

I told myself for weeks that I couldn’t have her and grew more and more miserable as she continued to sell, moved to grace the homes and lives of others. So few and slipping away. I looked at the massive price on her and thought it a bargain, knew I would pay twice that (I, who could not afford once that).

Still, I didn’t allow myself even to hope. Every time I passed her in the gallery, I stroked a cool bronze cheek, traced the fine grooves of her hair. It became a running joke how I would hug her as I walked by. It was irresistible; I couldn’t help it. I was in love. I was Pygmalion, with a Galatea that did not have to become real to be loved, but who would very shortly not even be within sight.

And then only two weeks later, in Paris of all places (because all beautiful and solemn events happen in Paris), I am walking down the Boulevard de Picpus with my father on a sunny late June morning. We walk aimlessly, stroll past the boulangerie, the patisserie, fish and croissants and fruit so lush and gorgeous that you want to stop and take a picture of it. I spoke effusively of my Muse, for I already thought of her as “my” sculpture…for twenty minutes. When I finally paused to take a breath, my father turned to me and said, “Well, then I think you should get it.”

Words are words, but my father is good for his word. He did not buy it for me, nor would I have wanted him to do so. Instead, he helped me get the financing, allowed me to acquire her for my own. My parents have always encouraged me to believe in the impossible, to find ways to accomplish that which I never would think I could do.

Already, she inspires me. I think of her and become radiant. The purpose of my art is to seek beauty and truth, and to explore and glorify the human being and the universe.
– Frederick Hart
[Repost from 6/29/06 -ed] 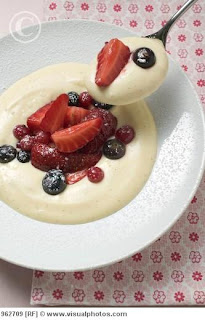 I wrote this post the night before my first Fourth of July in St. Augustine. It was like my own personal renaissance; everything was new and unfamiliar. I had only been living in Florida since the August before and I was still trying to make sense of who and what I was. Everything had changed and I wasn’t really sure who “Anna” was any more. Five years later, I still relish defining who she is.

07/03/06
I step out of my door and inhale Florida – all the musty warmth, the tropically gaudy smells mingling of dead and growing flowers. I imagine I smell salt on the air, even though the ocean is almost a mile away. The same ocean that I have dreamt of living near my whole life. I am here at last. I feel like I ought to celebrate, though there are no fireworks tonight.

I step out in my oldest, washed to thinness t-shirt, in a vivid red that I know clashes with my hair. The same hair that is pulled back in an untidy ponytail. Flip-flops and jeans that are cut, really, for smaller hips than mine – more Venus Williams than Venus de Milo. And yet, despite my awareness that this is hardly a shining moment of attractiveness, I feel more me than I have in awhile. Not in pearls and suit to impress a client. Not in little black dress and heels to please a boy. I shed my skins of elegance and sexiness, cleverness and intellect. Tonight, I only have to please me.

I step out and return with a sack of Krystals (the fairly subpar White Castle alternative in Florida), the grease soaking softly through the bottom of the sack. I eat them while perched on my stool, likely chewing with my mouth open, barefoot and reading Transmetropolitan. My favorite opera aria is playing on the stereo. Sometimes I forget what it’s like to hang out with me; I spend so much time with others. I am blissfully boring tonight. For a bare handful of hours, I am not a punchline or a sexpot or a muse or a saleswoman. I am not a girlfriend or a daughter or a friend or an employee.

I am just me and, thankfully, there are no fireworks tonight.