Back when I was playing Lord of the Rings Online, I was wholly enchanted by the way that the game designers had managed to turn my beloved Middle Earth into a playable experience. They managed to incorporate so many tiny details from the books and the movies, creating a whole new reality. As a LOTR geek, I could pop through the round doors in the hobbit holes in Bag End. I could amble along old pathways with Strider. It was like World of Warcraft for book nerds. 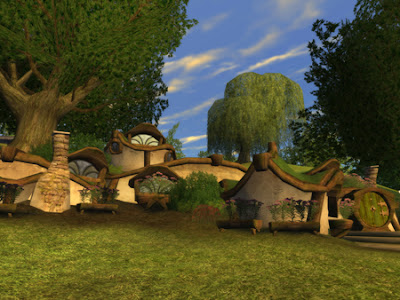 In fact, I loved it so much, I had to stop playing because it was taking up way too much of my time. Before I left, though, I stumbled upon one of the most charming surprises I have ever encountered in a game.

I was playing Ilbe, the Hobbit Minstrel (don’t laugh), and was getting thoroughly thrashed with a small group of players in the Barrow Downs. In fact, I got killed almost immediately. Previously, I had been resurrected in one of the resurrection points near one of the towns. Not this time.

I was resurrected in the Old Forest near Breeland. Instead of verdant rolling fields and friendly, apple-cheeked hobbits, I saw this: 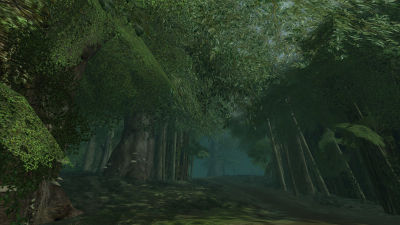 Giant spiders, creeping undergrowth, and hostile trees surrounded me. Panicked, I hacked and slashed my way through, running like crazy from the most dangerous monsters until I realized I was actually lost. I was running in circles and couldn’t get back to my group. I was in danger of being picked off again, my life force was dwindling, and all of a sudden in the distance I saw a light… 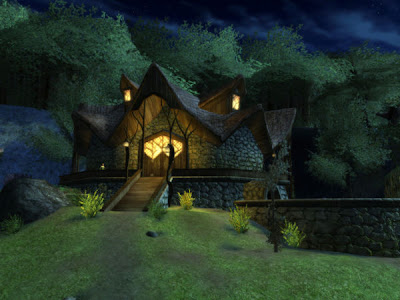 I slowly walked up to the door of the cozy cottage. Once inside, I wandered around like a child, exploring. I thought it was possible that I had actually been killed in the Old Forest and this was just Hobbit Heaven.

And then I realized…this was Tom Bombadil’s House! The literary thrill from that realization was like a shock. I experienced true bliss, also known as nerd-vana.

Sometimes this also happens in real life. We are wandering lost in a dark, scary place and, just when we think all hope is lost, we see a light in the distance. There is a refuge just behind that door; all we have to do is open it. 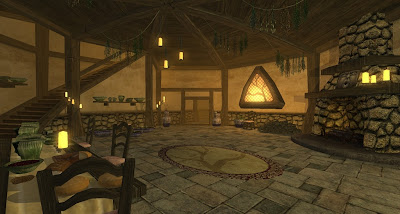