My good friend, Raquel Matos (@quellelove on Twitter) recently commented that weddings are only fun to plan if you are a special special snowflake. She then said she was not one.

You may remember Raquel from the Fairy Ring Contest. She was kind enough to provide the copies of the books, as well as the original seed of the idea that got me off on all these crazy writing contests.

I recently dubbed her QuelleBelle, because she’s lovely inside and out. So to prove that she is indeed a special special snowflake, I am hosting her the first ever (maybe in the world) Pinterest Wedding Shower.

At this moment, you are likely doing the double-blink that people tend to do when I introduce one of my more eccentric ideas. If you are still reading, let me share the details.

I have started a group Pinterest Board, dubbed QuelleBelle’s Beauteous Day. On it, I have pinned all my ideas for the most charming, quirky vintage wedding shower ever. This is the perfect party theme for Raquel, as she hosts the amazing vintage film blog Out of the Past. 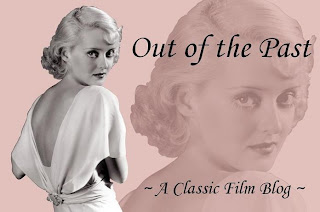 So here’s the deal. This group pinboard is for those who love the vintage fashions and fripperies of yesteryear. Every image pinned must have a CAPTION, an explanation for why you chose it for this whimsical, wondrous online event.

1) Pin the outfit(s) you would wear to QuelleBelle’s Beauteous Day. Oh, it can be anything you want: Dior, Chanel, Balenciaga, etc. I am encouraging 40s-50s, but let your imagination go. Pick hat, shoes, accessories, skirt, dress, gown, assemble your dream vintage look. Clearly you need one outfit for day and one for evening. Why not? We have a limitless budget and all of Pinterest to choose from. 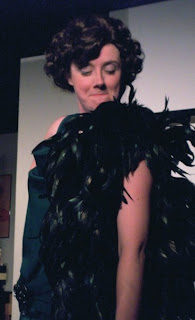 2) Pin the gift you would bring Raquel. Explain why you chose it in the caption.

3) Pin a beautiful architectural detail – why not have one corner be a Swiss chalet and another be a French shabby chic cottage? The rooms are as big as you like and decorated in so many styles. Your imagination is the only limit.

4) Pin flowers or favors or any other lovely wedding shower detail that will pay tribute to this unique lady and her style.

The best thing about this shower is that you can come and go as you please, the food and drinks are everflowing and it is filled with wandering, vintage-loving souls like you.

If I have not invited you and you are a lover of vintage/friend of Raquel’s, please @ me on Twitter or email me at annabbps at gmail dot com.

Though she’s too far away for me to plan a real party or even to hug, help make QuelleBelle’s Beauteous Day! 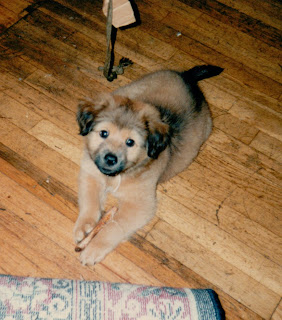