Remember, if you don’t have your own blog just email me. I will be happy to post your entry on Yearning for Wonderland.

Prairie Wishes
There are a lot of wishes made in rest stops.
“I wish I hadn’t gone to Taco Bell for lunch.”

“I wish I could stay awake without amphetamines.”

“I wish my kids would just shut up for one goddamned mile.”

Between mile markers 197 and 198 on a non-descript highway crossing a non-descript state lies the “Heart of the Prairie” rest stop. Most people speed past it, some stop and use the restroom or take a nap or buy a terrible cup of coffee.

The custodian at the Heart of the Prairie is an older man, slow, plodding, and the one who puts up the “Restroom Closed for Cleaning” sign that suffering travelers curse. The name tag on his faded grey shirt reads “Gene” in pretend-fancy script, and he is a three-dimensional projection of a nineteen-dimensional being whose name in his own language, oddly, is Gene. 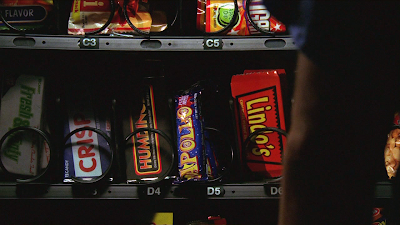 Bobby Jones was having a bad day. He’d been fired. Again. The envelope marked “Final Notice” was on the floor of his car. And his last dollar was in the motherloving candy machine, but the candy was stuck in the twisty coil. Sometimes a man is brought to the end of his rope by the smallest of things, and he could take it no longer.

Bobby fell to his knees in front of the scratched faux-wood panel keeping him from his Whatchamacallit bar and wept. He wept for all the paths his life had not taken and all the choices he had not made. But mostly he wept for that candy bar.

“I wish, just once, I could have something go right. Just one time.”

Mopping the red ceramic tile in the lobby, Gene heard Bobby’s wish. He moved the mop forward, left, and back, and heard the hollow clunk behind him as the now-free Whatchamacallit bar fell from its perch.

He finished mopping the floor, secure in the knowledge that the universe was, once again, safe.

30 thoughts on “Once Upon a Time Writing Contest: Eric Martell”