This entry courtesy of Mark Blackmore (formerly @profquigley) now @mrmarkblackmore who entered this contest under great duress. Thanks Mark!

Unofficial Briefing
by Mark Blackmore
Well sir, PC Stein and myself were first on the scene in Hyde Park. This was at 8.45pm, as it was beginning to get dark. On arrival at the wooded area next to the Serpentine, we ushered back a crowd of approximately 60 people who had gathered to view the disturbance. 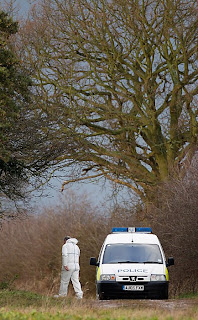 I would describe it as a settlement of some sort, though no dwellings were immediately apparent. The trees were illuminated … no sir, I was unable to make out any actual light source. PC Stein also failed to discern any reason that the trees were glowing, sir, and would say so if he were still here.
There were several individuals milling around. I would characterise them as hippies, due to their long hair and mode of dress, which included fairy wings. They appeared to vary greatly in size and the smallest ones gave the impression of hovering in mid-air. I assume the unnatural light caused tricks of perspective, and they were simply very far away.
I attempted to ascertain whether the required permissions for a display in a public park had been obtained, and was approached by two individuals wearing fake ears. On being questioned they identified themselves as Oberon and Titania, King and Queen of Faerie. They were unnaturally beautiful sir, and possessed an inner radiance that will haunt my dreams.
Yes sir. Sorry sir.
PC Stein responded “Is that right? And I’m Bottom, but I’ve left my donkey head at home.” No sir, this just confused me. I’m more of a Dan Brown man. It was at this point that the bolt of lightning struck PC Stein, and he disappeared. Yes sir, it was of course a coincidence, though I’m just wondering if the next lads we send in might wear rubber-soled shoes?